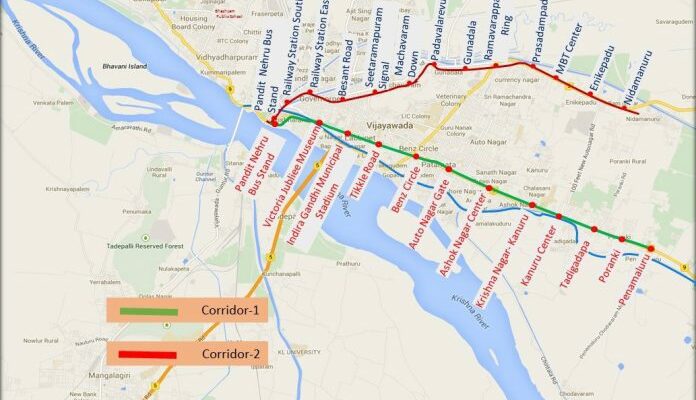 According to the new DPR, Now Vijayawada Metro Rail trail will be 77.2 km deep with three corridors, Instead of 26 km with two corridors which were stated in the first DPR.

Systra executive will meet Amarvathi Metro Rail Corporation (AMRC) administrators to discuss on draft DPR after which the final DPR could be expected. AMRC will then render an agreement to the report.

There was a lot of lag in presenting the DPR. Systra officials designate the delay to the expansion of one of the corridors till new capital city, Amravati.

AMRC executives will put some queries and they would be treated on the April 29 meeting based on the draft DPR.

In 2018, Systra group began working on the DPR and established a consortium with RITES, a central government organization for these pursuits to prepare DPR. The Systra group was concluded by AMRC after evaluating various proposals submitted by several companies. Systra had experience and knowledge in working as a consultant for metro rail projects in China, Malaysia, the Philippines, and Australia.