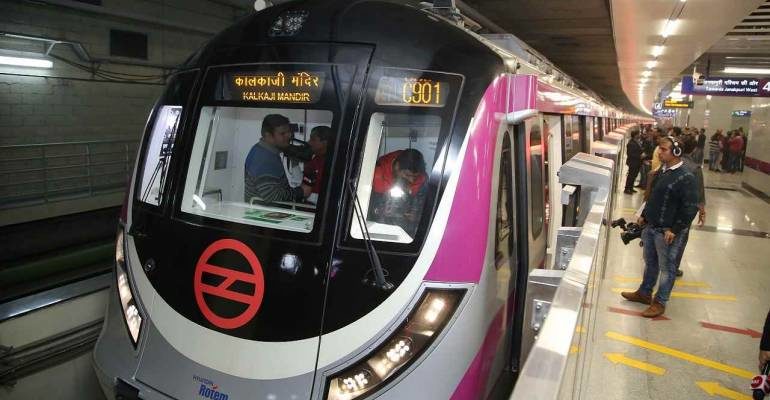 The high-speed Regional Rapid Transit System (RRTS), connecting Delhi with its peripherals will be utilizing the latest technologies in Automatic Fare Collection (AFC) system like QR Code based tickets and Near Field Communication (NFC) Enabled smartphones at all its stations.

National Capital Region Transport Corporation (NCRTC), the implementing agency for the RRTS project, is also examining the possibility of executing the Open Loop Ticketing System. This technology will expedite the increasing number of travelers entering or exiting train stations per minute.

According to a senior NCRTC official, the first circle of AFC gates will be installed on the junction level as in any traditional Mass Rapid Transit System (MRTS).

“The other set of AFC gates will be installed on the platform to create an access controlled Executive Lounge area on platforms. RRTS will also witness business class coach which is going to be a first of its kind in comparison to other MRTS. Charges for business class will vary from Normal Class,” said the senior official.

Describing the functioning of the AFC gates the official said that AFC gates system flaps do not open and close frequently but shall endure open, which means that many more passengers can quickly cross through the gates.

“Technology such as QR Code scanning and NFC Enabled Phones will provide more convenience with hassle-free entry and exit through AFC gates. We are also introducing business class coaches and in order to segregate ‘Business Class’ coach from ‘Normal Coaches’ we have planned to install two sets of AFC gates on stations,” said the official.

The official further said that the passengers will have the flexibleness to travel either by normal class or by business class.

Passengers who enter the Executive Lounge can exit the couch from the same platform, within a specified time, without incurring any charges.

And, Passengers who travel by normal class can enter the executive couch if they wish, by paying the additional charge which will be estimated at the exit station.