The motion of trains between two stations is administered by a set of rules called the Block Rules. Since there are various types of block working, different rules are applied depending on the type of Block Working which is installed on the section.

Since the station section will normally have a number of points(the place where a train changes tracks)and signals, it is the interlocking system’s main function to ensure that a conflicting route is not set which might send a train on a collision course with another train!!

Before the signal for a train is cleared,the interlocking system ensures that all points in the route are set(in required position) and locked, all tracks up to the next signal are clear of any other vehicles and the clearance of the signal will not result in a conflicting route with some other potential or ongoing movement.

This is how signaling is divided into Indian railways

The train is controlled based on the aspects indicated. 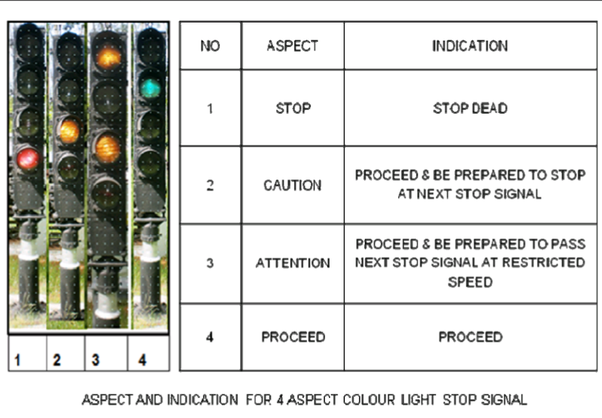 The red is placed at Driver’s eye level, the yellow above it, the green next above it and the second yellow light above the green light. The two yellows are separated by the green to provide a distinctive “Attention” aspect and the double yellow is chosen as the aspect less restrictive than the single yellow, so that should any one of the two yellow lamps be fused, a more restrictive aspect will result.

This is how signaling will be interlocked based on the front signal indications. 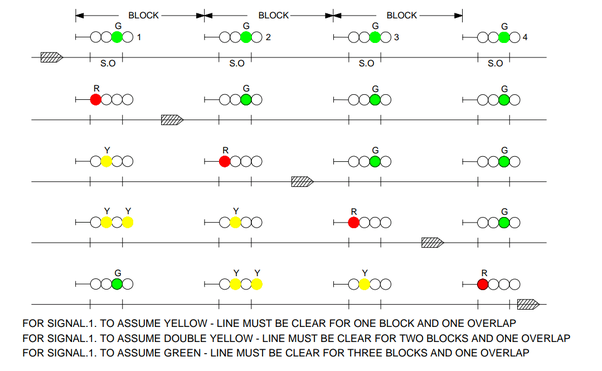 In accordance with the essentials, all running signals protecting the entry of trains into automatic blocks should be replaced to `ON’ automatically. Such signals must not display `yellow’ aspect unless the block and overlap in advance are clear, and a double yellow (or green), unless two blocks in advance and overlap are clear as proved by track circuits. Signals so controlled by track circuit or axle counter are known as Automatic Signals.