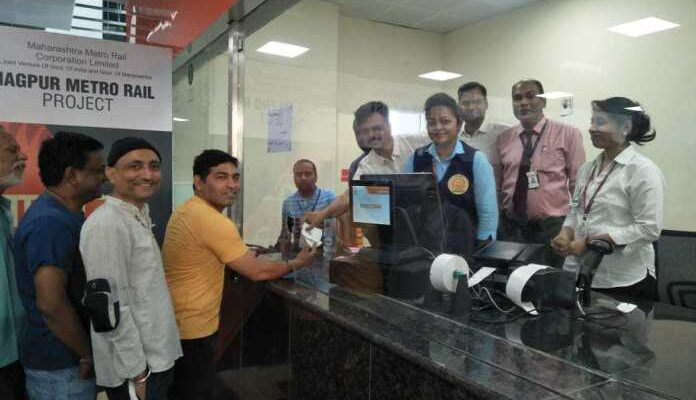 After triumphantly leading Aabhar (Thanks-Giving) Rides for two consecutive days for Nagpurians, Maha Metro is all set and started Ticketing Operations from March 10. The response to not just the Aabhar Rides, but also to the fact that Nagpurians fully grasped all the stabilized norms implied by Maha Metro to launch Ticketing Service.

Nagpurians manifested excellent discipline and stood in queues for both buying the tickets or even getting into the platform, also prompted Maha Metro to start Ticketing Services. So, the passengers would now have to buy tickets before lodging the Train from Metro Stations run between Khapri and Sitabuldi Interchange Station.

The sales operation would start from Sitabuldi Interchange Station beginning at 8 am.

The travelers would have to buy tickets from ticket counters at all the five stations of Khapri, New Airport, Airport South, Airport and Sitabuldi Interchange Station.

Metro had planned Aabhar (Thanks-Giving) Ride the day after the Metro was given to the public four days back. For two full days, hundreds of Nagpurians took full benefit of the Journeys and the number of those who availed the same surpassed 20,000. The great response given by the citizens hinted Maha Metro to start commercial operations.

With the launch of ticketing operations, Maha Metro has filled its promise of starting full-fledged commuter services for the citizens of Nagpur. Maha Metro pushes Nagpurians to take full benefit of the services