How does Delhi Metro Rail System operate? What's the concept behind it? - MCML Projects Private Limited 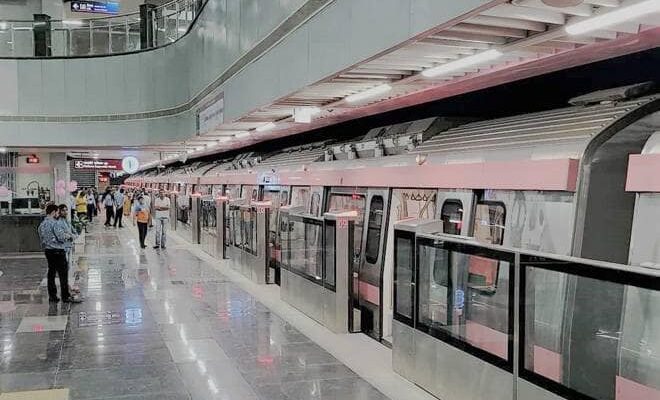 Delhi metro rails operate on the principle of DC shunt motors. There is no usage of gears. Numerous parts are powered so do not poke the vague connections they can ash you in 1/10th sec.

The Metro train in Delhi was the first modernized public transportation to be built in India. Every day, more than 3.8 million people travel on the Metro trains. The system first went into operation in December 2002.

The METRO consists of a microcontroller with the RF receiver and the voice recorder chip with the speaker. The whole system is connected to the vehicle (Train). When the project is powered the train moves until it encounters an RF card placed beneath the track. The encoded RF transmitters are installed in the railway stations.

The microcontroller in the TRAIN is programmed in a way, every station name saved in the voice chip which is having a unique code. So whenever the bus or train reaches the station, the receiver in the train receives the codes, which are transmitted from the transmitter and the microcontroller receives this code and checks in the lookup table, saved in the chip. Whichever matches, the controller will send the command to the voice chip to play that particular voice, the announcement can be done for 6 seconds with the station number and the place. At the same time, the train stops for about 10 seconds in the station and then before leaving the station, it will again start to announce “THE TRAIN IS LEAVING” and the train starts to move to next station.

The voice chip will play the voice and this will be heard in the speaker. This voice is repeated until the train leaves the station. In this module, LCD is used for the display purpose, in the programming, whatever stored in it, it will be displayed on the LCD. E.g.: Station number will be displayed when the train reaches the station, even when the train is leaving it will display on the LCD even it will announce it using the IC chip, the train is in which station and when it is leaving also.

A buzzer is used in this module, it will give beep sound when the train reaches a station and when it is leaving the station, every time. 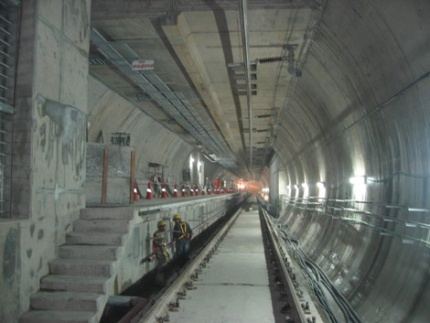 Intercoms are provided for emergency communication between the passengers and the driver in each coach, and on-train announcements are in Hindi and English. There are also route maps and LCD systems in every coach.

Fare collection is through contactless, stored-value smartcards. The metro has its police force, and a training school at Shastri Park is run in association with Hong Kong MTR for operational and maintenance staff. Security is supported by about 5,200 CCTV cameras at stations.

In October 2007 DMRC awarded Bombardier Transportation a $43m contract for the design, manufacture, supply, installation, and testing of signaling equipment. The CITYFLO 350 system was installed on 37km of two of new line sections of the Phase II expansion.

The electronic interlocking, operation and automation control systems for the third line were supplied by Siemens Transportation Systems.