Automatic Fare Collection System (AFC) is one of the essential station facilities that consists of an automatic gate machine, ticket vending machine, and ticket checking machine. If you have traveled before in metro trains, you might be seen metro systems use magnetic strip token or pass. These kinds of tokens were used lastly in Kolkata metro stations until 2011. But recently it has adopted contactless RFID token.

Nowadays metro tokens comes a passive RFID tag. When they get in the contact of the radio wave field, they are powered and transmit some signals which are read and can be written when required.

So, a metro token has the following information:

The station where it is issued
From where the user is entered and available balance.
When you swipe it at the AFC gate, it checks for validity. If it is valid for exit or entry, then the gate will be opened, otherwise, it commands the user to go to customer care.

The magnetic token is like ATM card with the magnetic strip on it and is slow as they need proper physical contact to read. So here comes the RFID into the act to reduce the communication time with AFC gates. A revenue collection system in a metro environment works completely on RFID (radio frequency identification) technology.

In here the coin (token) which you purchase at the ticket counter, as shown below, has an identification number stored in it. Most importantly, the amount you pay will be linked to that number in the centralized server of the system. Now when you use that at the entrance gate, as shown below, the RFID system recognizes the identification number stored in the token, and the amount linked to this number in the centralized server within half a second. 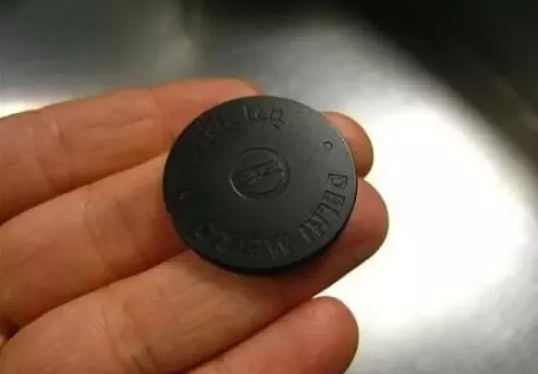 If the system doesn’t recognize the identification of token, or if there’s no money linked to it, the doors do not open.

If the system recognizes that there’s amount linked to the token, the doors open instantly. When the gates open, the server notes down, for example, ‘the entry of token has been made at particular station’.

After completing the journey when you flash the token at the exit gates, the RFID again identifies the ID linked to the token and calculates the journey cost according to the entrance and exit made. (This data is erased from the server in a specified time if it’s a single journey token, hence all the metros have a ‘token expiry time’ or ‘max time one can stay in a metro environment’)

If the journey fee is lesser than the amount linked to the token ID, gates open. If not, the gates do not open. And you have to pay the remaining amount and exit.

But for cards which are used for multiple journeys, the information with respect to token ID and amount linked is stored for longer periods. Hence you are able to use the same card anytime, anywhere.